01 Nov What would happen to your business if you got hurt or died?

Posted at 12:00h in Planning by Helene Segura 1 Comment
0 Likes 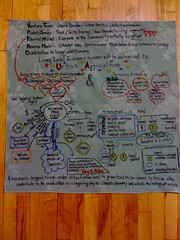 Two weeks ago while watching the Saints game, we witnessed something that can often be seen at the end of a football play: a player was knocked out of bounds and ran into somebody on the sideline. But this time the sideline observer got hurt. And it was the Saints’ head coach.

Sean Payton’s leg injuries required surgery. He has to stay off his feet for a few months. How the heck can an NFL coach do his job if he can’t walk? Well, he’s got a support team. He has assistant coaches and leader-players who have stepped up to fill in wherever and whenever possible. Sean Payton has an emergency plan in place.

If you’re the owner of a large company, you might have a vice president who can fill in and cover your duties while you’re out for a few weeks.

But what if you don’t have a big company? What if there’s just a few of you? Or, just you? What happens if you get hurt, disabled, or die? It’s morbid to think about, but if your business is your main stream of income for you and your family, what will need to happen in the event of an emergency?

Take the time to gather your operations manuals, review them, and go over expectations and contingency plans with your attorney, accountant, family and staff. Plan for the worst. Hope for the best.

Always have a Plan B.