Posted at 20:26h in Perfectionism, The Power of the Brain by Helene Segura 8 Comments
0 Likes 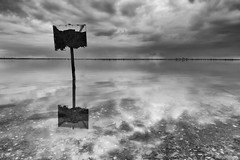 For years I’ve been asked if I write a blog.

“Why not?” asks interrogator.

In truth, it’s because I wouldn’t make enough time for it. I was also concerned about making sure everything was perfectly and professionally polished. And I didn’t want the pressure of sticking to a schedule. And how would I keep coming up with original content about organizing and productivity?

I also thought, “Who the heck has the time to read what I have to say?”

With the publishing of my book, I’ve been pushed harder to have a blog so people can get to know me. Plus, during conversations, friends and business colleagues have often pointed out, “See? You could blog about that!” OK, OK, I get it.

And I recently looked at some blogs out there. Some were fascinating and others were mundane. And no matter what the quality was, people had loads of comments. So I guess there are people out there who might actually read it.

So, I still won’t text or use a DVR, but I’ll start blogging. And here are my self-imposed rules:

1. I’ll run spellcheck, but I’ll post in my voice and not edit for journalistic quality. The recovering perfectionist in me wants to take out all of those “and”s but I’m going to rebel against my brain and let it slide.

2. I’ll stick to organizing and productivity as often as possible, but if I feel like talking about a great resource that I found that is not related to that subject, or I want to talk about one of my passions – travel, food, movies – I’ll post anyway.

3. I’ll cheat and occasionally invite guest bloggers to do my dirty work.

Whew! Now that I’ve let myself off the hook by totally lowering the bar, I don’t feel any pressure. Hey, I’m excited about this!